The Facts Behind Senior Hunger 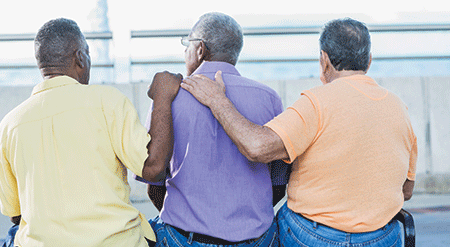 Nearly one in every six seniors in America faces the threat of hunger and not being properly nourished. This applies to those who aren’t sure where their next meal is coming from and those who don’t have access to the healthiest possible food options. The issue is severe enough that the AARP reports that seniors face a healthcare bill of more than $130 billion every yeardue to medical issues stemming from senior hunger.

Senior hunger is an expansive issue that requires an understanding of exactly what constitutes a senior being “hungry,” the issues that stem from senior hunger, and how seniors who are hungry can be helped.

To understand the concept of seniors being hungry, you must understand what it means to be “food insecure.” When you are food insecure, it means that there is “limited or uncertain availability of nutritionally adequate and safe foods or limited or uncertain ability to acquire acceptable foods in socially acceptable ways,” as defined by a study published in The Journal of Nutrition. Essentially, it means that you aren’t receiving and/or don’t have access to the necessary foods and nutrients to help sustain your life.

The concept of being “hungry” is a state-of-mind, meaning that there is a physical aspect to the lack of food. Attending to an area where people are hungry and basically starving is a much more immediate and severe problem to solve. Being food insecure, on the other hand, helps include people who may have enough food and don’t technically live consistently in hunger, but the food they are eating—usually in large amounts—isn’t up to nutritional and dietary standards.

In 2006, the USDA broke down food insecurity into two categories to help determine how food insecure someone is. Visit http://www.aginginplace.org/the-facts-behind-senio... to learn more!

Seniors Being Hungry is a Nationwide Epidemic