The Chihuahuas, El Pasoans Fighting Hunger, and Whataburger Team Up to Raise Food and Money. 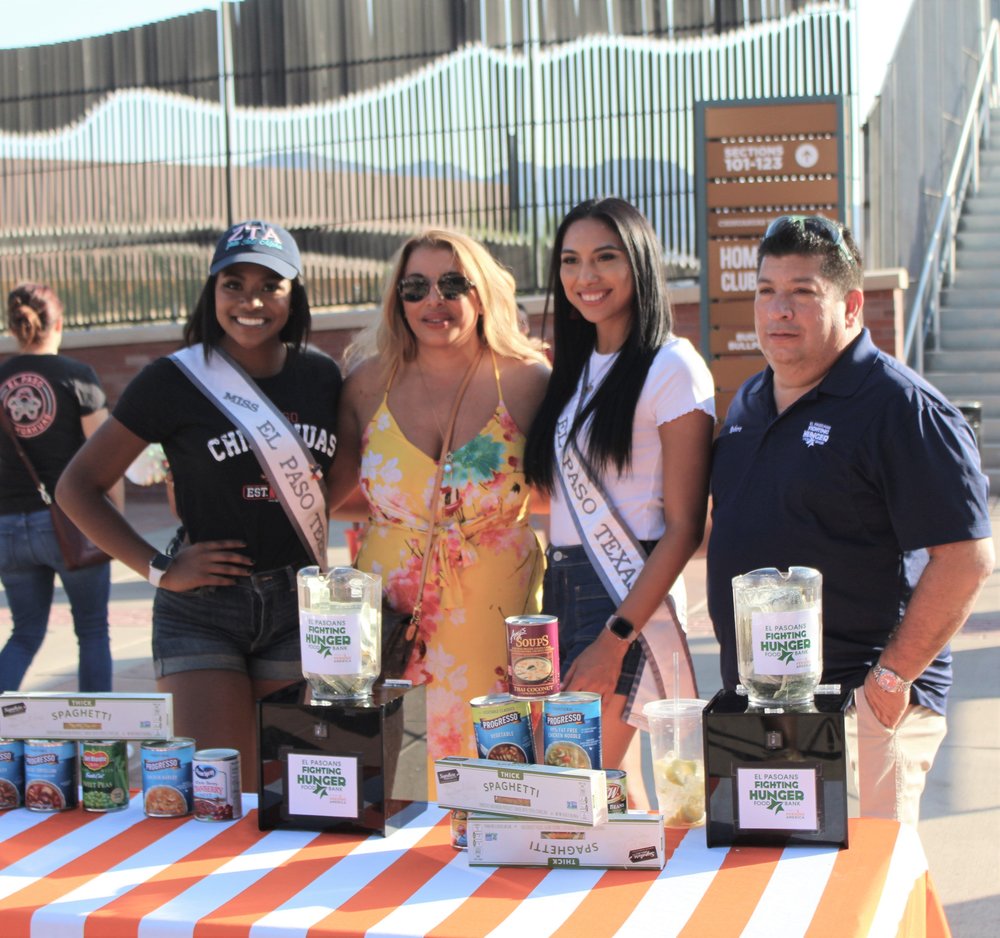 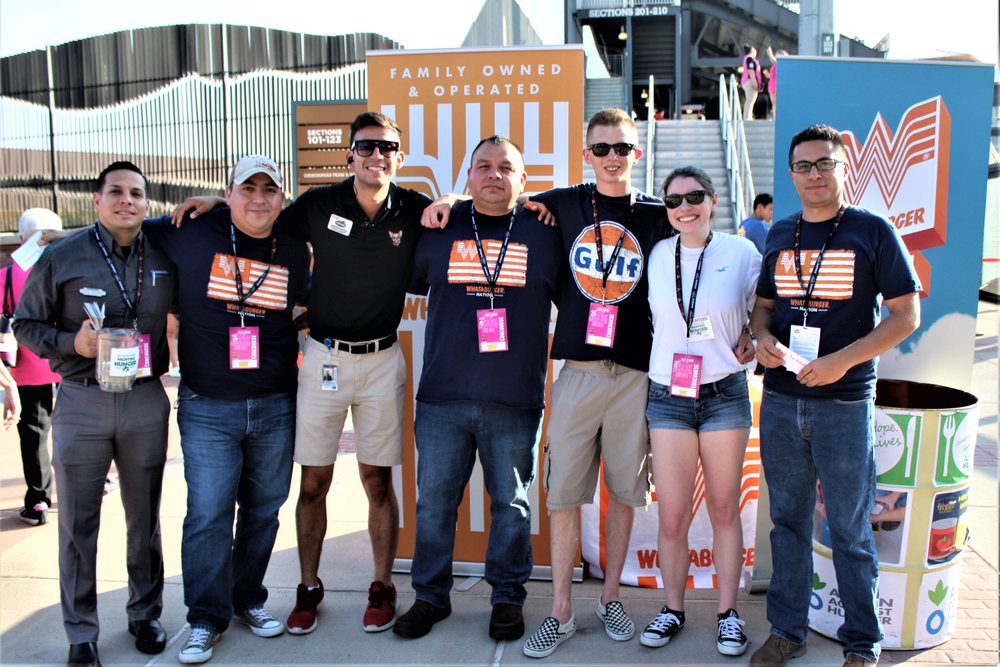 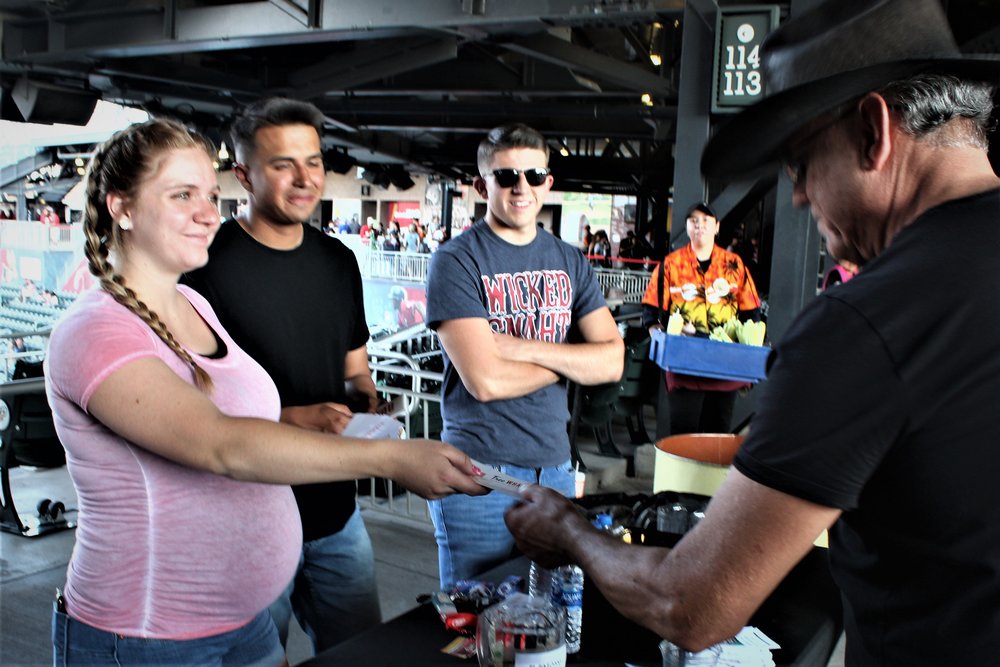 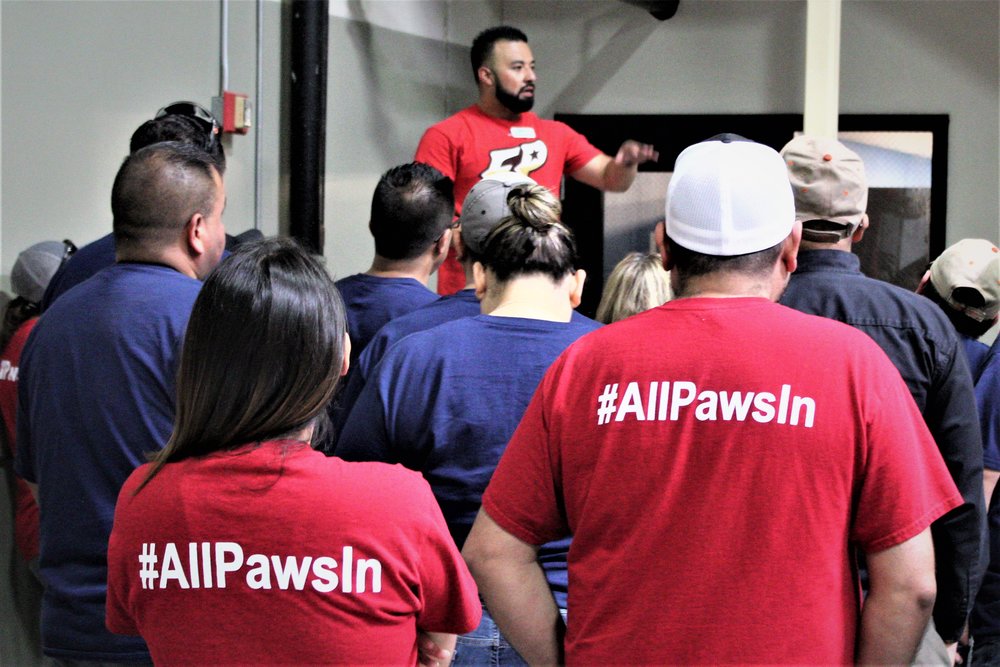 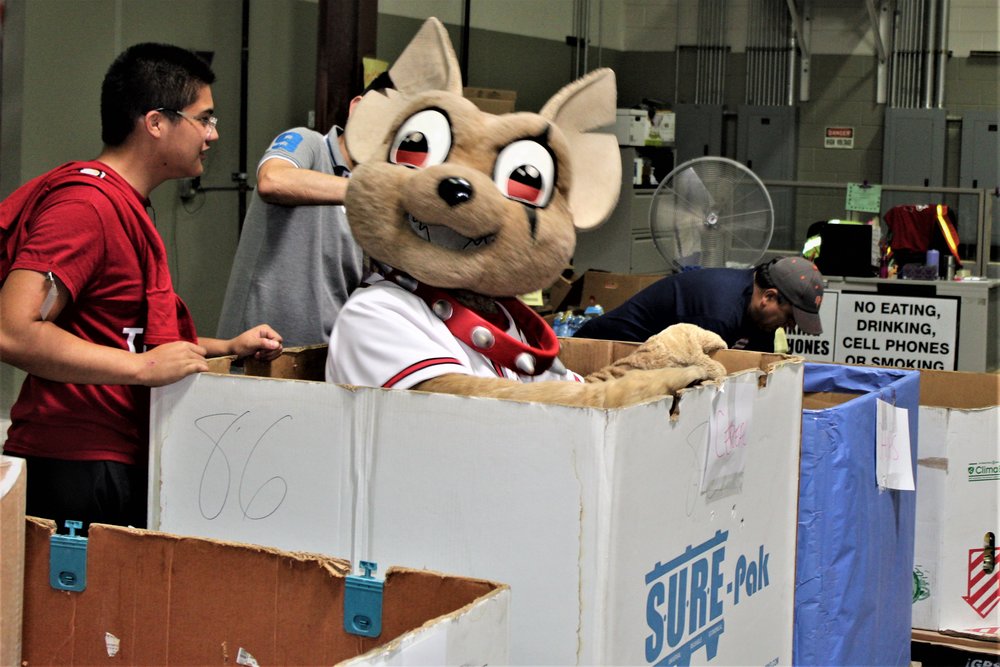 EL PASO, Texas – On Thursday, May 30th, 2019, the Tacoma Rainiers beat the El Paso Chihuahuas at Southwest University Park, 4 to 0. The Chihuahuas however, achieved a different type of victory for the community.

Wednesday, May 29th should have been the start of the fifth annual food drive sponsored by Chihuahuas and Whataburger.Every year the two organizations team up to raise money and donations for the El Pasoans Fighting Hunger Food Bank.

Unfortunately, the food drive was delayed due to the Chihuahuas not receiving their equipment.

“The cancellation on Wednesday affected us a little bit,” said Racquel, Franco Brand Development Coordinator for Whataburger. “We’re just trying to service as many El Pasoans as possible.”

While these unfortunate circumstances might have played a role in the loss for the team on Thursday, El Pasoans Fighting Hunger volunteers and Whataburger staff quickly sprang into action and managed to score a huge win by collecting a record setting $3,440.00 in monetary donations over the weekend.

“The difference this year was a higher number of staff and volunteers from our partnered organization.All three groups pushed the drive even harder to make up for the lost day,” said Adrian Arvizo, the Corporate Partnership Services Coordinator for the Chihuahuas. “The first night’s collection was just as big as our biggest collection day last year; which fell on a Saturday,”

Chihuahuas fans who donated three or more canned goods, non-perishable food items, or a minimum dollar contribution received a free burger coupon from Whataburger. Along with the food drive at the stadium, several of the Chihuahuas players, both the team’s and Whataburger’s staff members and Chico himself gave their time and volunteered for the food bank on Saturday.

The food drive ended with a win for everyone both on and off the field on Sunday night.

El Pasoans Fighting Hunger Food Bank (EPFH) is El Paso's only food bank and a member of Feeding America, the nation’s largest hunger relief network. El Pasoans Fighting Hunger currently serves more than 200,000 food insecure individuals unsure of where their next meal will come from. EPFH works with more than 130 partner agencies to distribute as much as 15.5 million pounds of food a year in 3 county areas: El Paso, Hudspeth and Culberson. These agencies include food pantries, shelters, churches, and social service agencies that, together with EPFH, provide service to the hungry. The mission statement of EPFH is "to combat the hunger crisis in our region by strategically procuring and distributing nutritious food through community partners . . . because no one should go hungry."