Our mission is to combat the hunger crisis in our region by strategically procuring and distributing nutritious food through community partners…because no one should go hungry. 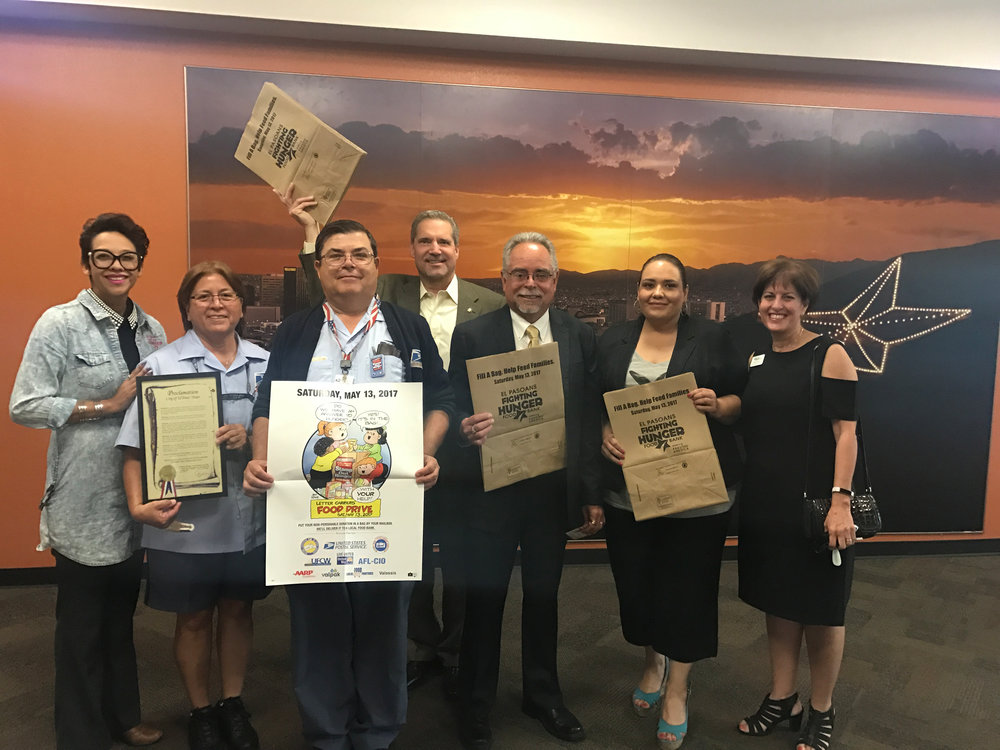 The 25th annual letter carriers’ food drive, Stamp Out Hunger, collected 153,249 pounds of food. The National Association of Letter Carriers’ (NALC), helped give back to communities by encouraging households to fill up a brown paper bag with non-perishable food items.

During the first week of May, households across El Paso received a postcard announcing the food drive. Letter carriers then delivered brown paper bags during the week of May 8 in preparation of pickup on Saturday, May 13.